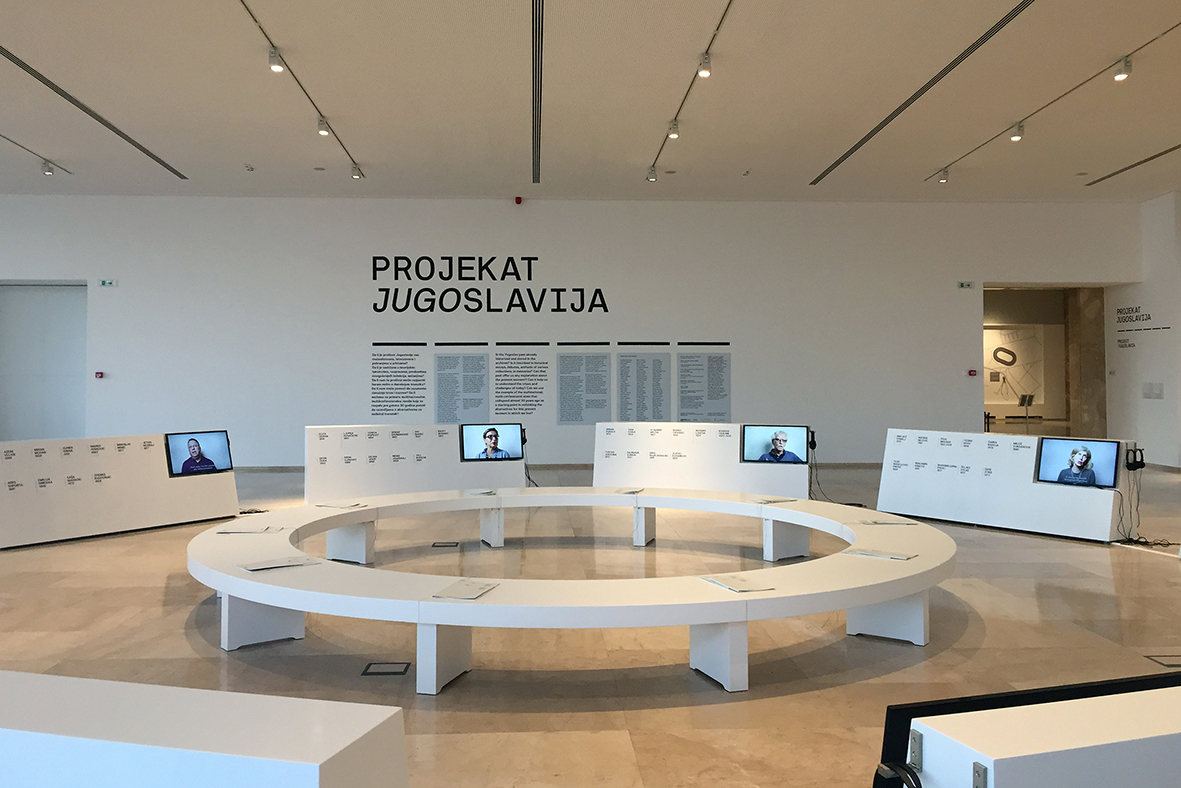 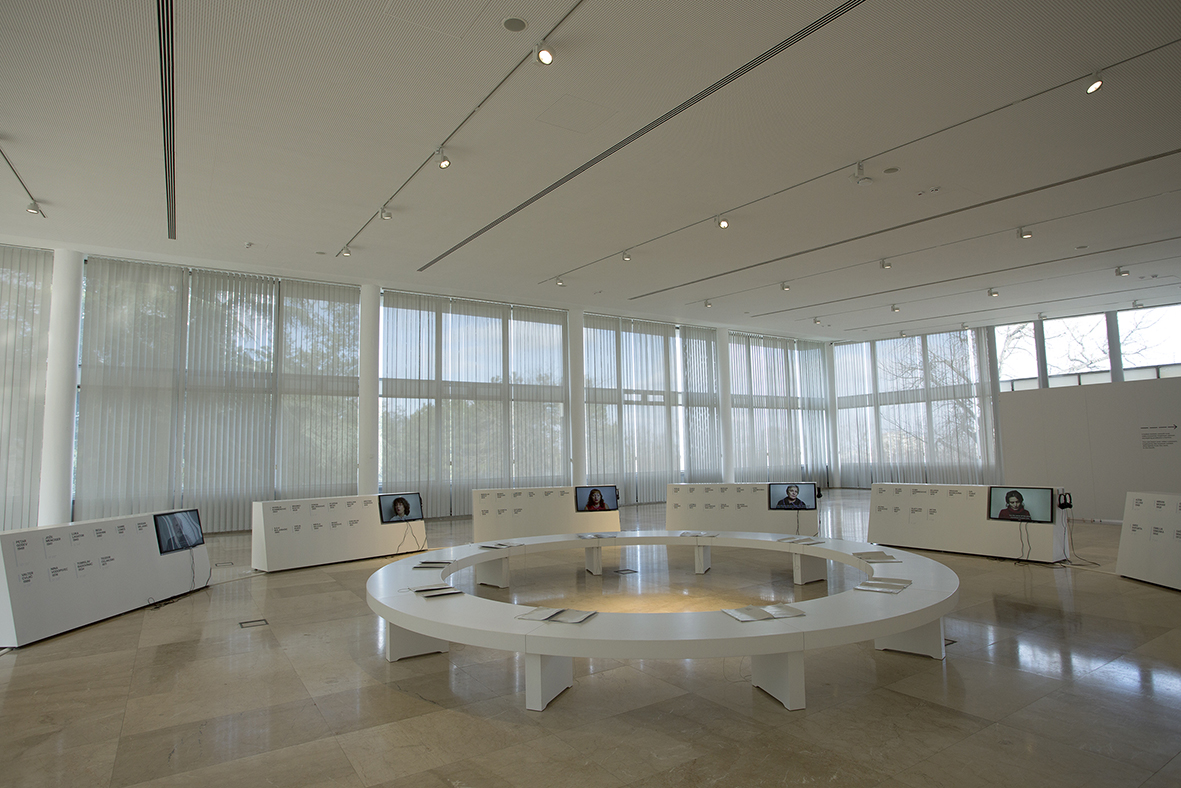 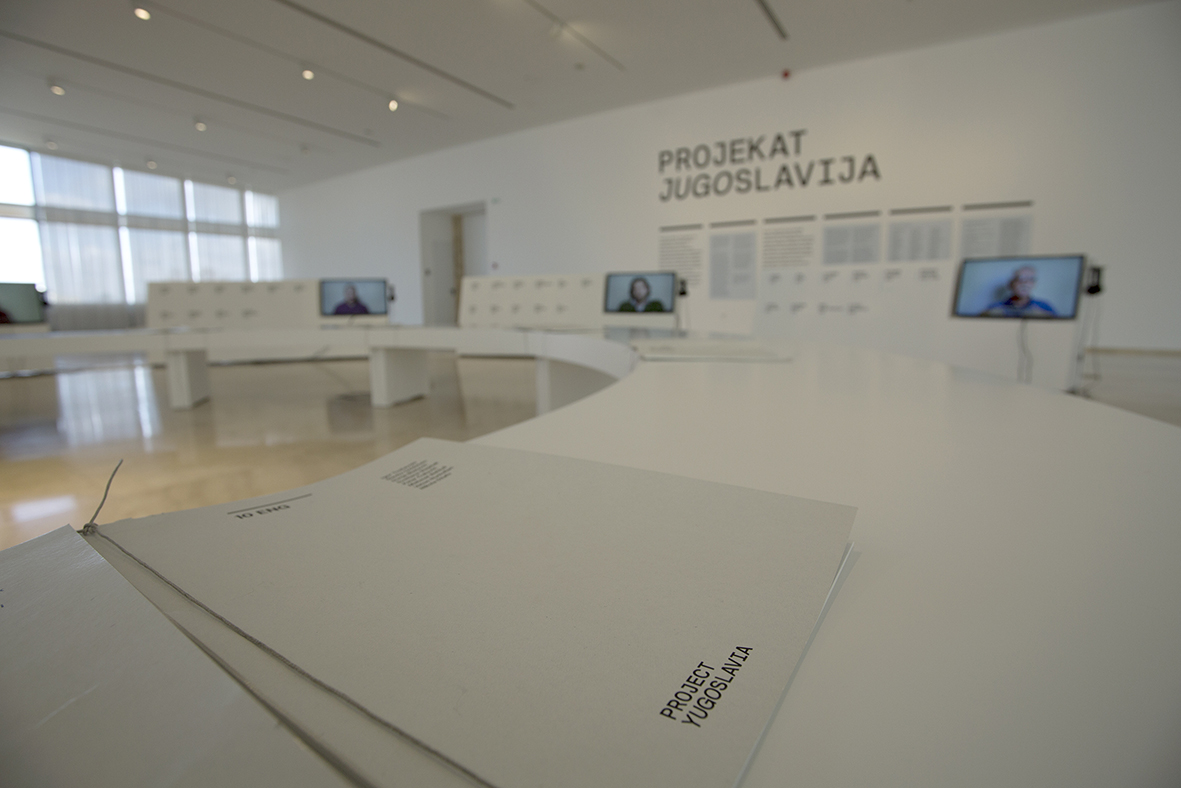 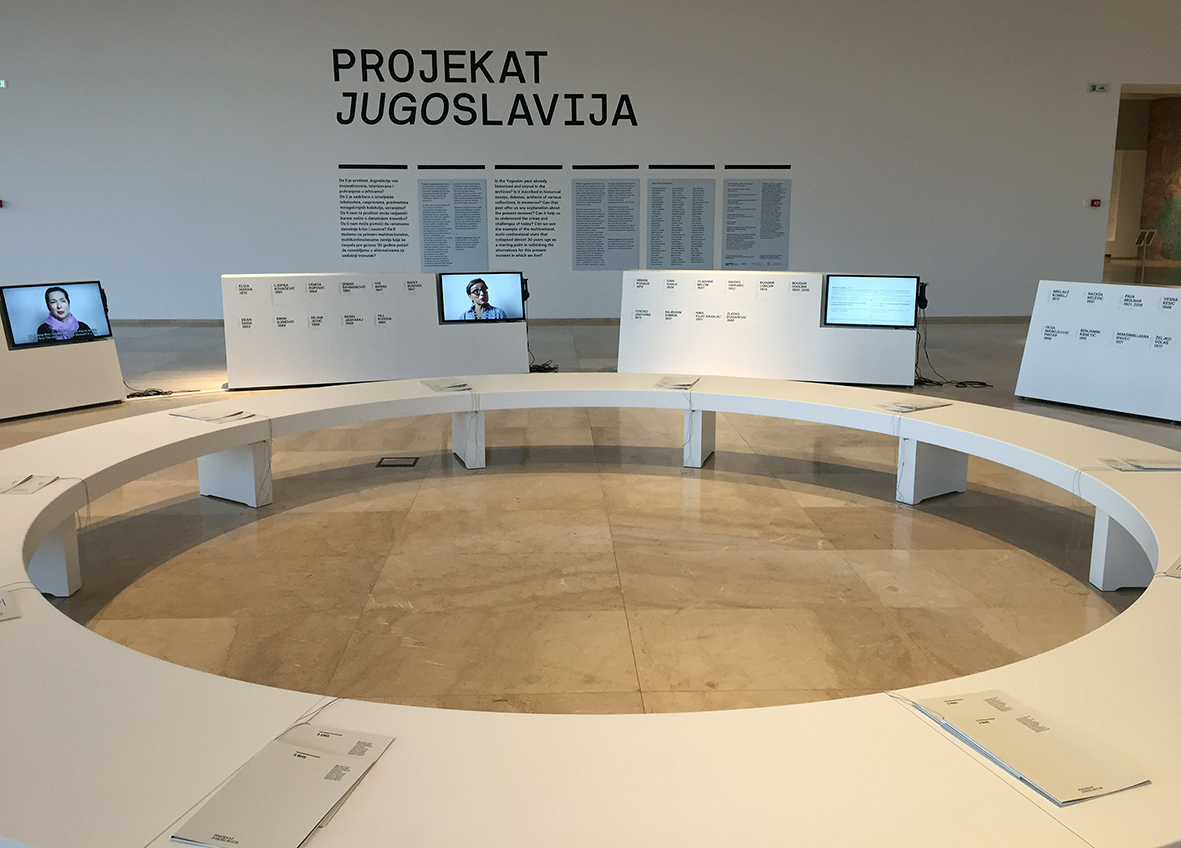 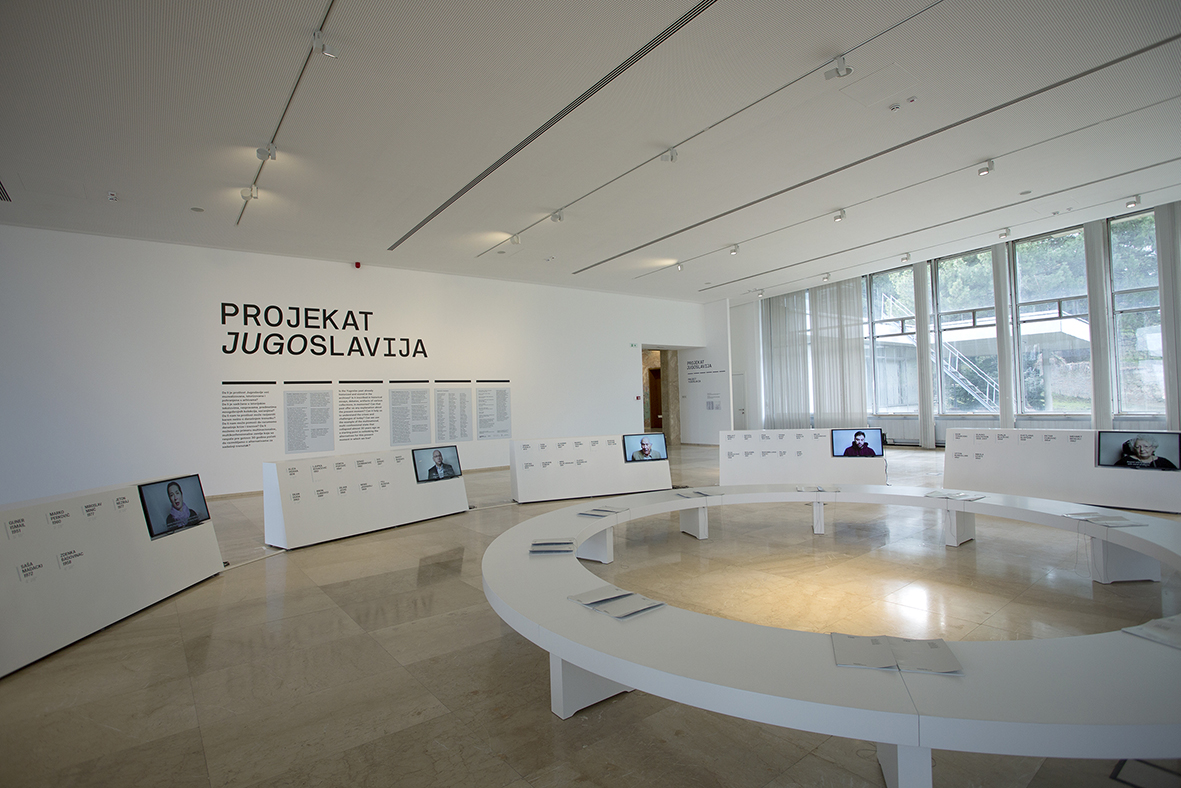 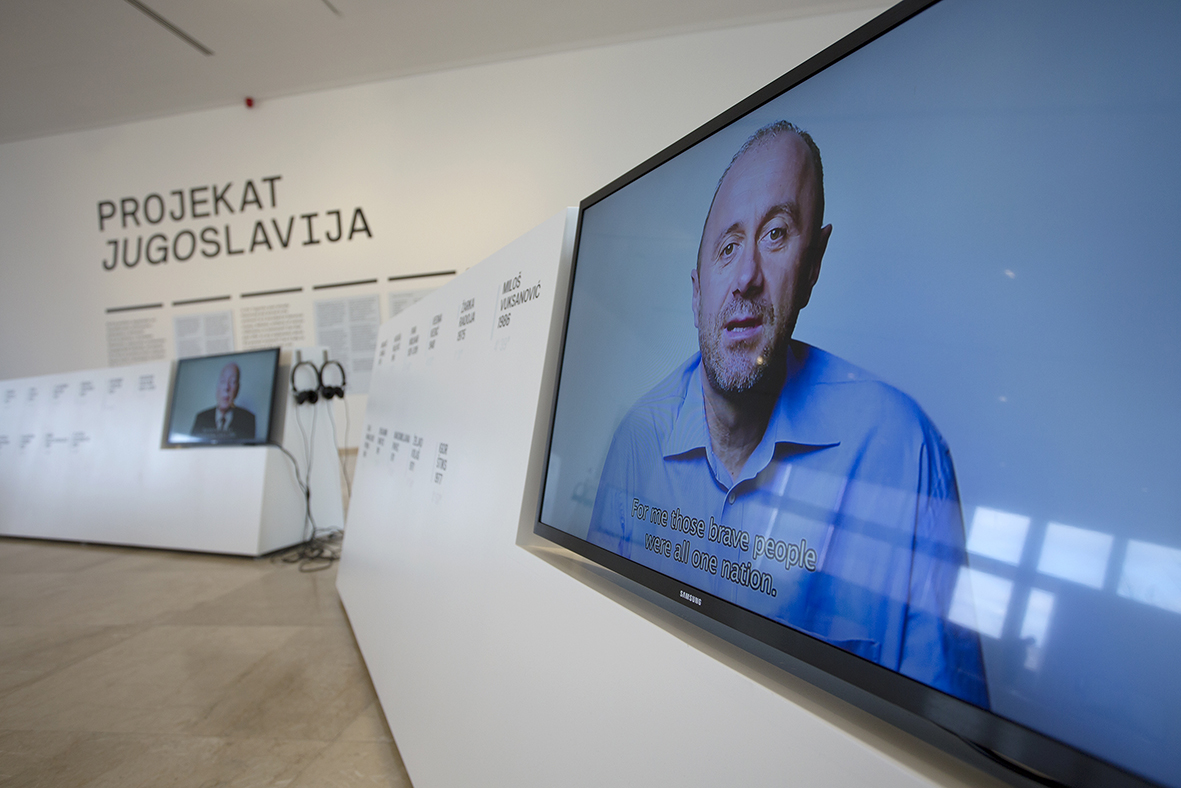 Authors of the project: Ana Adamović and Milica Pekić
Kiosk – platform for contemporary art, in cooperation with the Museum of Yugoslavia, Belgrade

Is the Yugoslav past already musealized, historicized and stored in the archives? Is it inscribed in historical essays, debates, artifacts of various collections, in memories? Do we understand it from the perspective of a linear timeline, as a completed period that is behind us, or as a cultural category that is “all around us, equally ahead and behind us” as suggested by philosopher Boris Buden. Can that past offer us any explanation about the present moment? Can it help us to understand the crisis which exists in the world today? For example, the constant messages about the European Union being on the verge of collapse since it is daily facing disruptions and challenges. Can we use the example of the multinational, multi-confessional state that disintegrated almost thirty years ago as a starting point in rethinking the alternatives for this present moment in which we live? This project starts from the assumption that the past is not a set of dead facts and completed events, exploring the potential of different ideas that had constituted the concept of Yugoslavia in the contemporary period as well as in the future.

With the main aim being to step back from the word history and to explore the contemporary relevance of these ideas – upon which Yugoslavia built its statehood – this project involves a large number of people of various age, history and background from the region of the former Yugoslavia. Through short video interviews conducted with 100 participants, we recorded their thoughts on the concepts we find to be highly important when thinking about the Yugoslav state, such as non-alignment, cooperation, freedom of movement, solidarity, modernity, progress, state, statesman, hero, self-governance, women’s rights, community, past, future, economy, work, leisure time, family, heritage, etc. Instead of proposing the specific question, every participant was given a card with information about an object from the Museum’s collection, containing the object’s description, date or period when it was made, and its origin. This information, rather than the objects themselves, initiated reflection on a particular topic and opened the possibility for reflecting its relevance in the contemporary context.  Through this method we aimed to translate the Museum’s collection of material traces of the past (collection of artifacts) in the form of a live comments, current thoughts, ideas and potentials for the future.

Bypassing the physical character of the object, we tried to redirect the thinking about the heritage of the Yugoslav state from the nostalgic vision of the past, and put the accent on reflecting about the region, Europe and the world today that seem to be in the permanent state of the crisis and conflict, filled with inequality and the lack of tolerance.

Project Yugoslavia is created through collaboration of the Museum of Yugoslavia and Kiosk platform for contemporary art within the working process on the Museum’s permanent display, which is multi-perspective and trans-disciplinary.

Project is supported by Balkan Trust for Democracy and Ministry of Culture and Information of the Republic of Serbia.