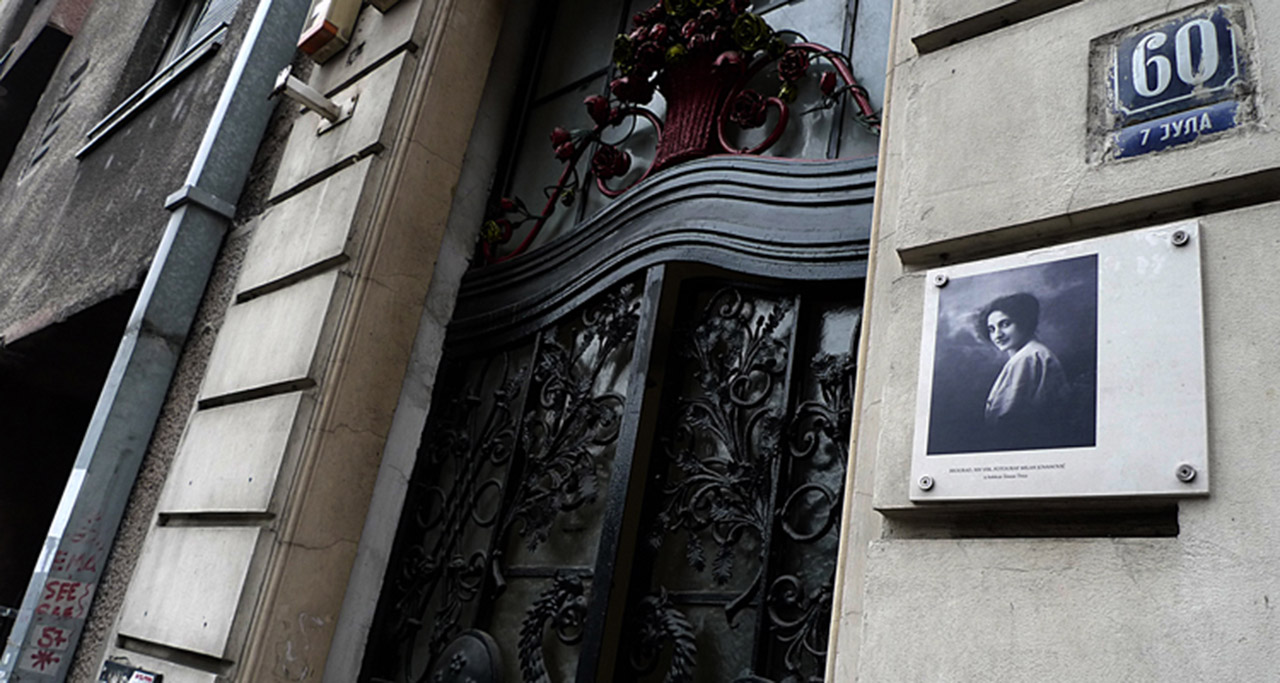 Mapping the memories of the City of Belgrade – Archive photographs on the ceramic plates mounted on the facades in Kralja Petra street, Kosančićev venac, Velike stepenice and Karadjordjeva street, Belgrade.

Photography as a medium is in considerable measure tied to the urban culture. The existence of a great number of not only historic photographs which mark important moments and figures from history, but also Belgraders family albums from numerous collections, point towards the existence of a clearly formed citizenry in Belgrade from the second half of the 19th century. It is this aspect of Belgrade, which is a testament of Belgrade’s developed urban and cosmopolitan spirit through history, which is often overlooked.

The project is envisioned as a mapping of the heritage and creating an archive of the city memory through the permanent photographic exhibition on facades of the buildings in the center of Belgrade. The time frame covered by the project represents the period from when the first photographs appeared in Belgrade, in the second half of the 19th century, until the 1940’s.

Authors of the project would like to thank Mr. Zoran Trtica, Museum of Applied Arts in Belgrade, and the Jewish Museum in Belgrade.

Project was realized in the frame of the Belgrade Summer Festival (BELEF), 2009, with the support of the Erste Bank, Serbia.