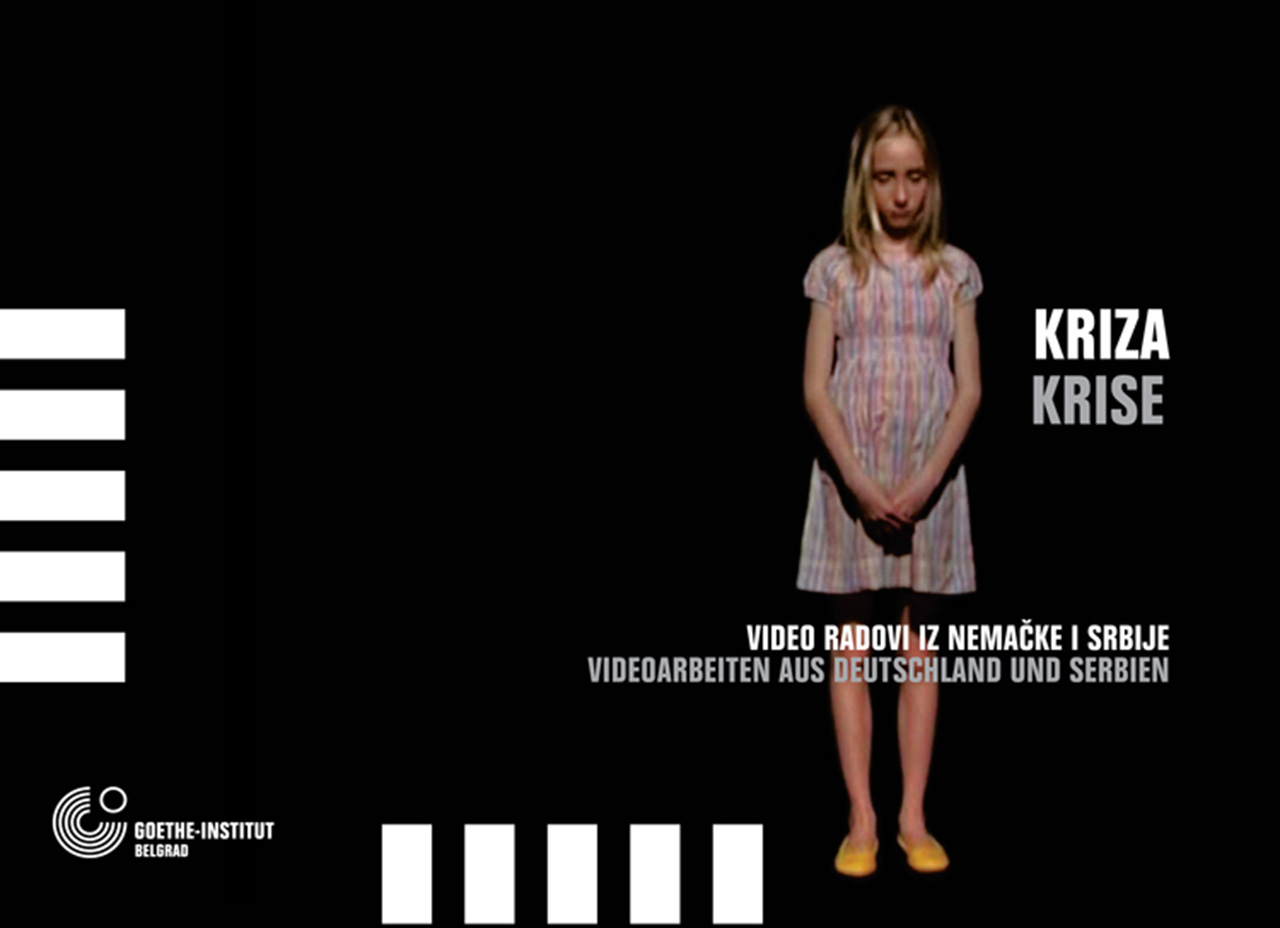 Ana Adamović: I have to say that for me it’s really interesting that we are doing this show together, as curators, but never really meeting each other.
Melanie Bono: Yes, I also thought that this a really “modern” form of co-working on a show and I also thought that it’s amazing how well it went – I mean how working in art automatically creates a good basis.
AA: What was your first thought when you heard word crisis?
MB: Actually I was not too enthusiastic about crisis in the first place because I think media is producing crisis too much out of everything so you get the feeling that you really have to live in fear all the time, while at least in Germany everything is still quite fine.
AA: Yes, that’s a perfect way of control, don’t you think. And still the truth is that crisis is everywhere. It is just that we are so used to it by now, and I think mostly because of the media.
MB: That’s why I was glad that we were deciding to focus on personal crisis, because that’s something that’s more real. So, what did you think in the first place?
AA: My first thought was connected with the very personal crises I experienced when I lost two of the closest persons in my life. Then it was in a way easy to decide what to show. I didn’t think about financial or political crisis at all at first, which is funny in a way.
MB: Regarding the works I think that crisis despite of political and financial meanings is something that connects humans everywhere. I think it was important for me to put the personal type of crisis in front of the show. It was also important to me to choose some videos that give some kind of German insight without being a typical view. The videos show some young positions and they deal with life situations that are odd from mainstream Germany, but relate to a lot of what young people feel like right now.
AA: What is mainstream Germany, anyway? Because, when I try to think what is mainstream Serbia, I can’t really tell.
MB: Well, that’s complicated in a way, but I have a feeling that in Germany it’s getting more and more conservative. In a way that people want to conserve what is there and different ways of living are put more and more aside.
AA: In a way, that would be similar to the situation in Serbia. And it is really depressing seeing that kind of situation almost everywhere now.

MB: It’s funny, because I would think that in Serbia people are more struggling to build some stability.
AA: Yes, they are, they are straggling for better economical situation, political stability, it is a society in transition that is still quite poor. But, conservative. And sometimes I think even more than it was some time ago.
MB: Yes, I actually think that we think about what makes a society worth living it’s definitely one that allows a lot of different ways, but in Germany it’s more about that you need to have a perfect cv to succeed even a little bit.
AA: Like, we live in this globalized world, but everyone is so afraid that we are going to loose “our ways”.
Do you think that there is that crisis in art, similar to what’s happening with societies in Europe today?
MB: Yes, I used to think like that for the last few years. I think art has more and more become a career, not only as artist, but also as curator and that makes it kind of a business where everyone moves on even if the art is mediocre. But lately, besides of if art is mediocre or not, it’s still the last field where you can communicate unusual kinds of messages. What was important to you in the works you chose for the show?
AA: I think that even today when people hear word Serbia, they think about political crisis that was so typical for this region for years. So, I didn’t wont to show works connected with that story. I think it was shown too many times. That’s why I’ve decided to choose these works – works dealing with the crises that is universal and not typical for Serbia. Like works of artist Tatjana Strugar – Self portraits during delivery and abortion. For me, it was really important to include these works in the show, because it’s an ultimate crisis in woman’s life, both abortion and the delivery. So, when I was choosing the works I was thinking about these kinds of ultimate crisis, very universal, something we all go through or think about. I guess what I wanted to do is to make people think about their lives, their crises if you want, once they leave the show, much more than just think about the works they saw.
MB: I think we agree on that. I also think that’s the important thing, because Hollywood e.g. has learned all ways to play on people’s emotion so that it becomes more and more important for artist to find new ways to talk about critical moments. And, when you say “something universal” than we can reconnect to what I meant earlier that art is a unique place to talk about these universal crisis that we all share because I think there are not many fields in society anymore where you can address these issues. I actually think that I not only want people to think about their own lives, but also to – in the best case – provide some kind of different way to look at it.