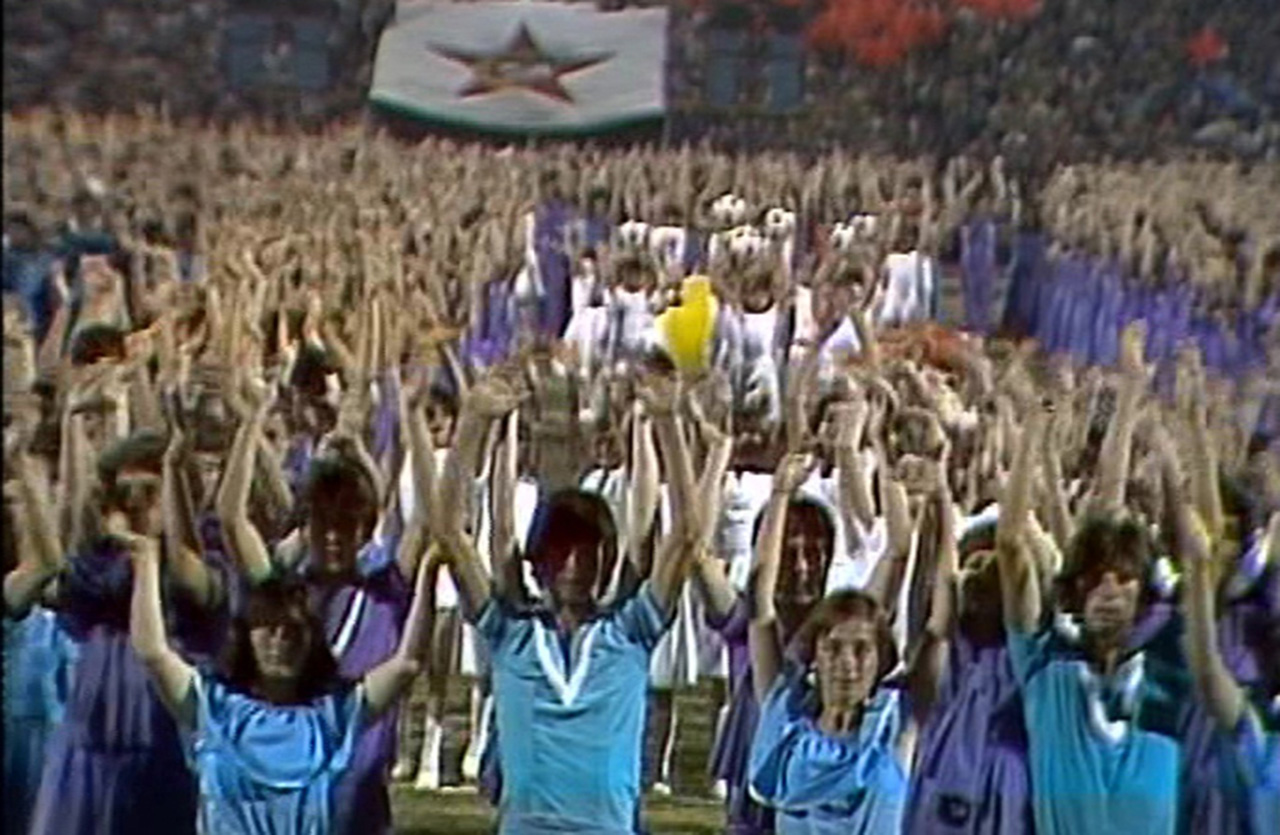 25th of May – Youth Day, the date that represented the official birthday of president Tito, was celebrated in Yugoslavia from 1957 till 1987. During these years, countless numbers of people throughout Yugoslavia carried a symbolic baton as a present for Tito. After thousands of kilometers the baton was presented to the President at the closing celebration in Belgrade – Slet. This date was still spectacularly celebrated for seven years after president Tito died. The last year of the Slet – 1987, heralded many events that would prove to mark the beginning of the end of Yugoslavia.

As a starting point, curators chose the phenomena of the Youth Day celebrations and it’s closing ceremony – Slet. The concept the exhibition explores is the nature of collective memory and the perception of historical heritage.

Newly produced artworks, created by young artists for this exhibition, are displayed together with well-known pieces by established artists. All works deal with issues of collective memory and the history of the former country. The exhibition intends to create a dialogue between the younger generations of artists who, in most cases, do not have a memory of life in Yugoslavia, with those who recall it as their homeland.

The exhibition is realized with the help of the Museum of History of Yugoslavia, RTS Archive and Zastava Film