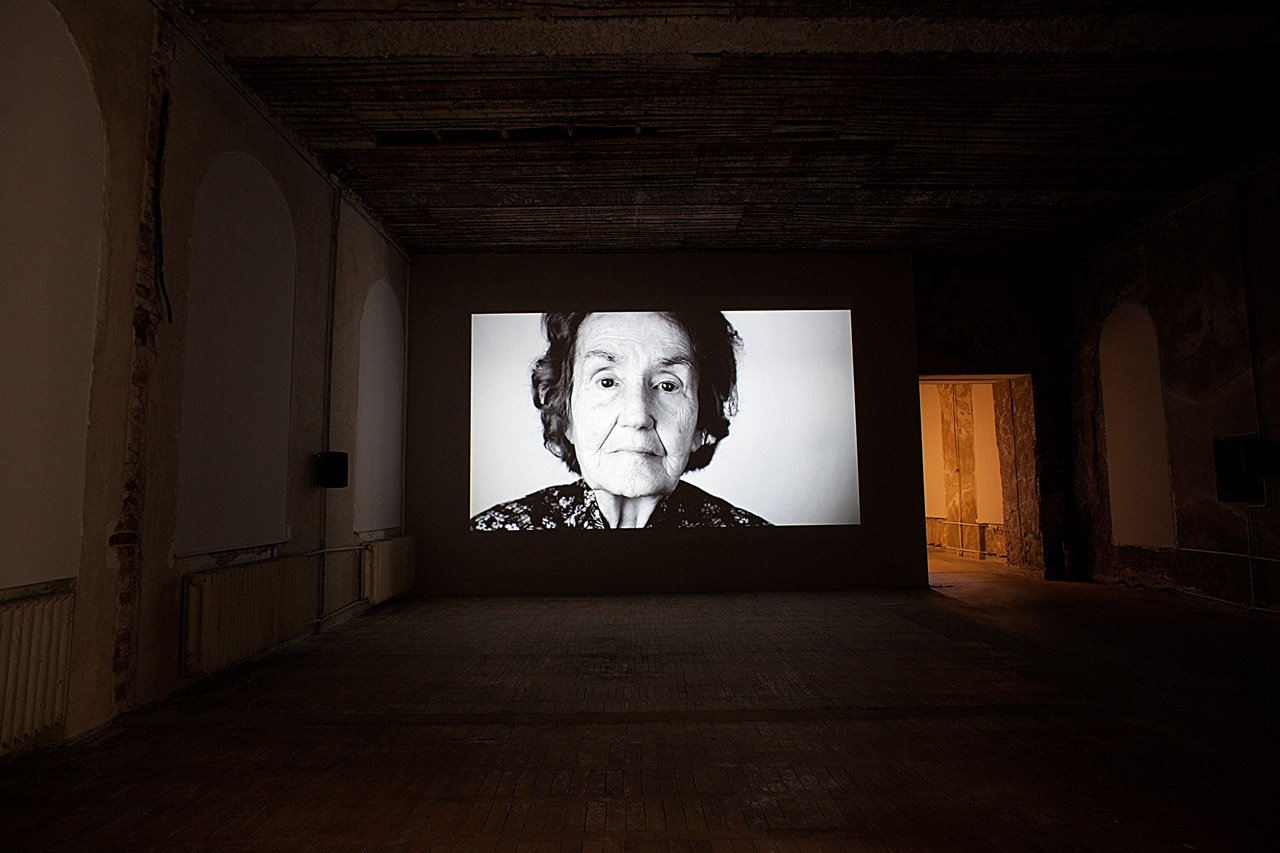 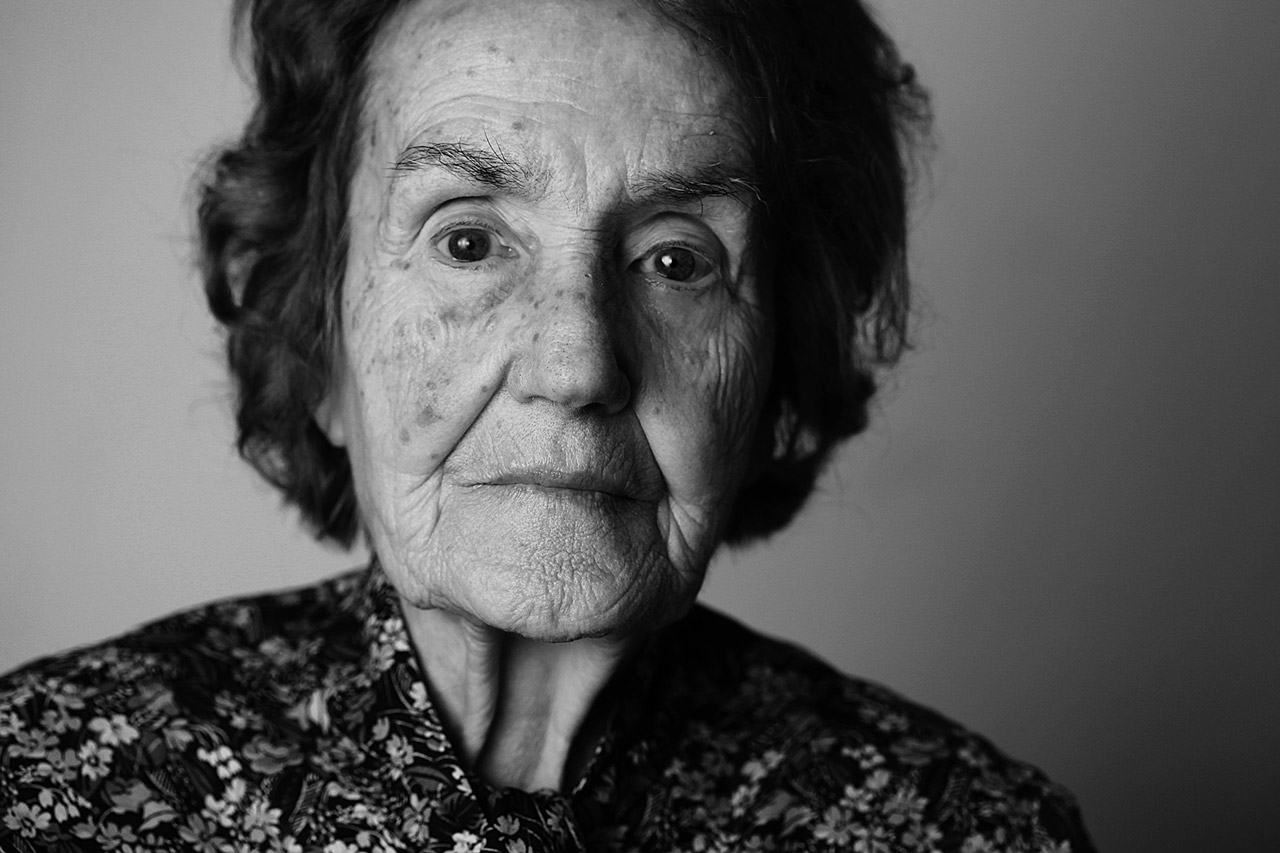 The old lady is watching, concentrated, while listening to her own voice, singing one of her most favorite songs from youth. She heard it first back in the 1941. It is on Italian. About the soldier writing to his mother from the front, telling her how much he misses her. How he will never leave her again if he makes it through the war. Her voice, the song, is a tool to recreate the past. Both personal and collective. Her portrait is an image – at the same time personal and universal – of an old age, of memory and leaving.