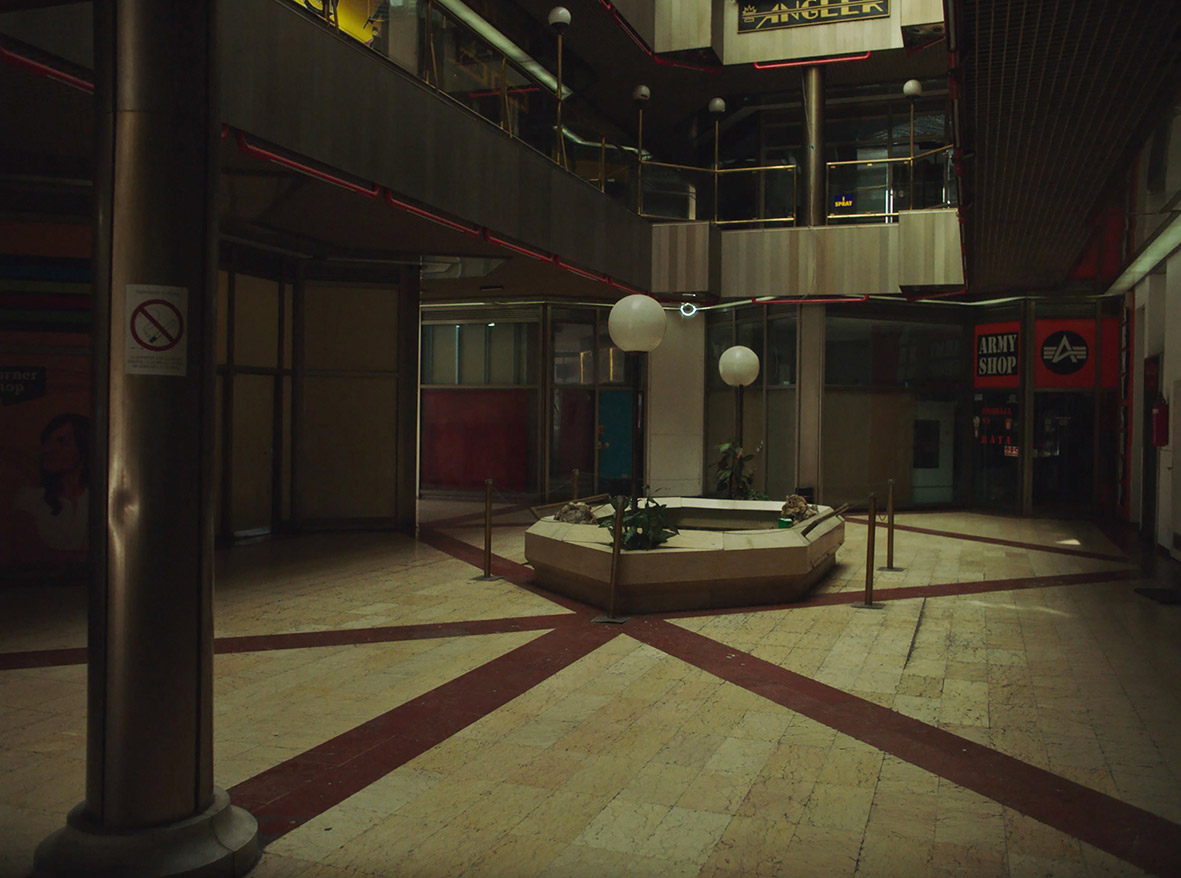 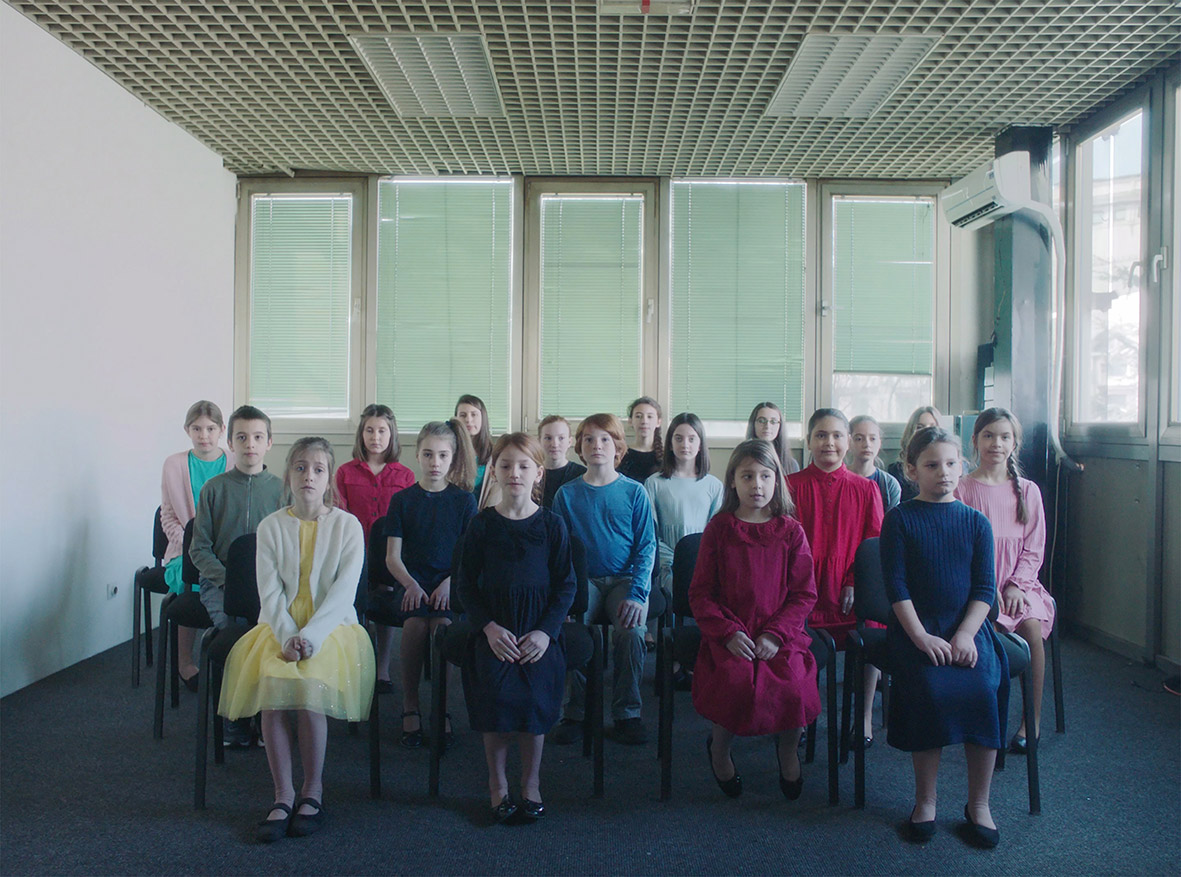 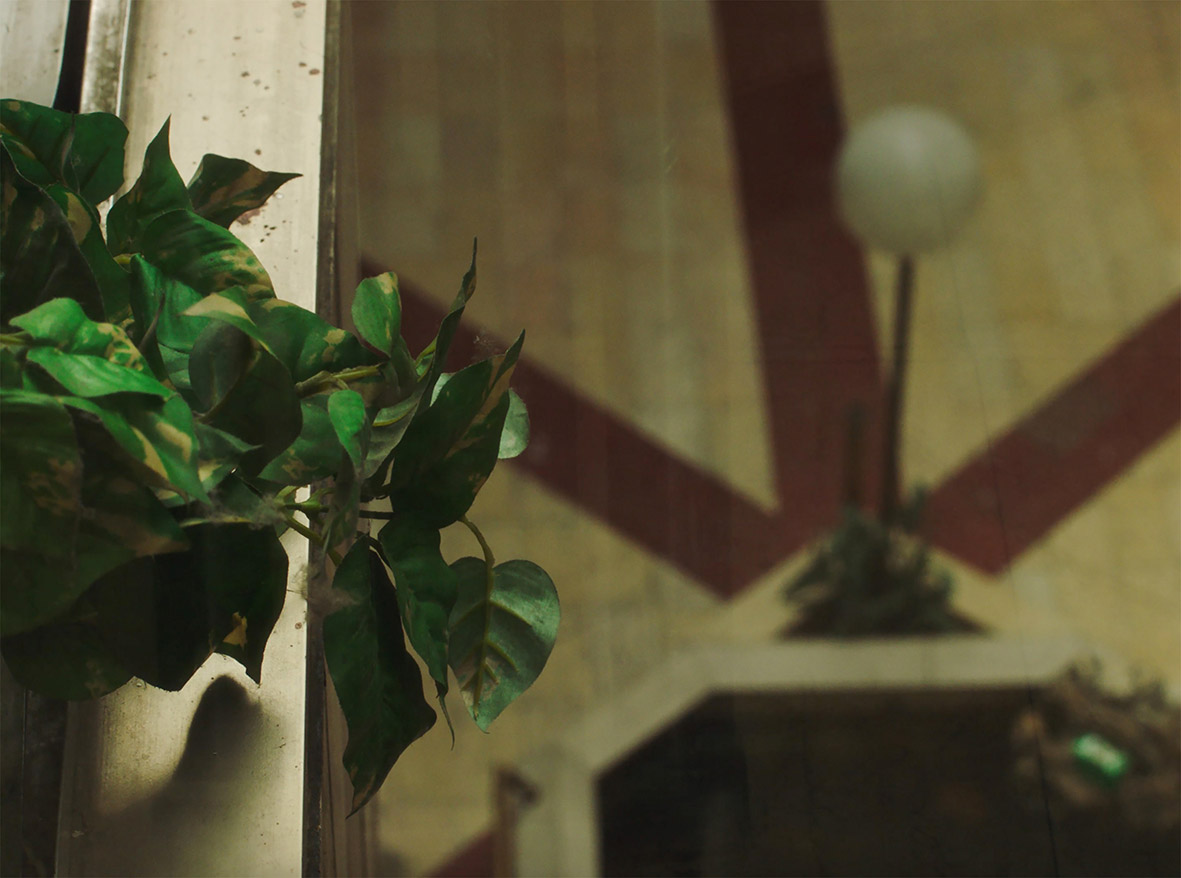 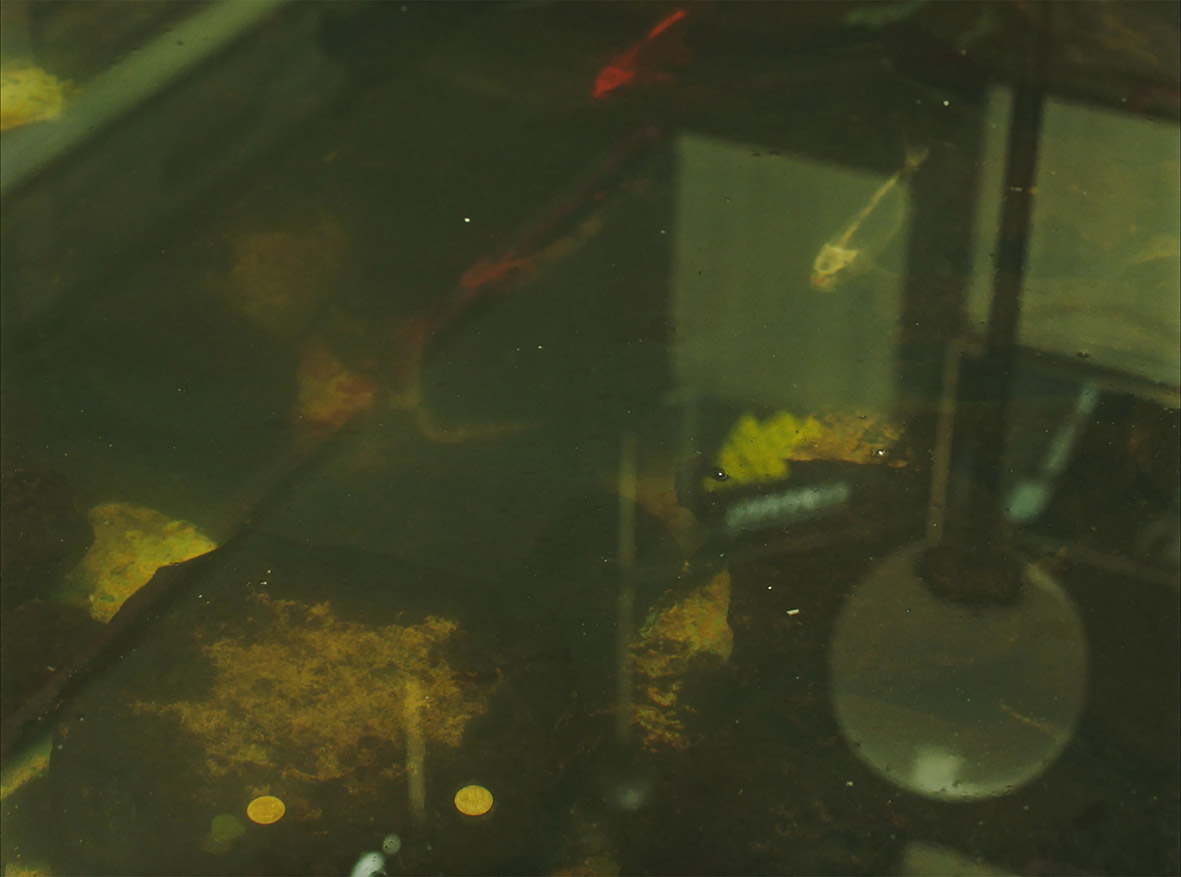 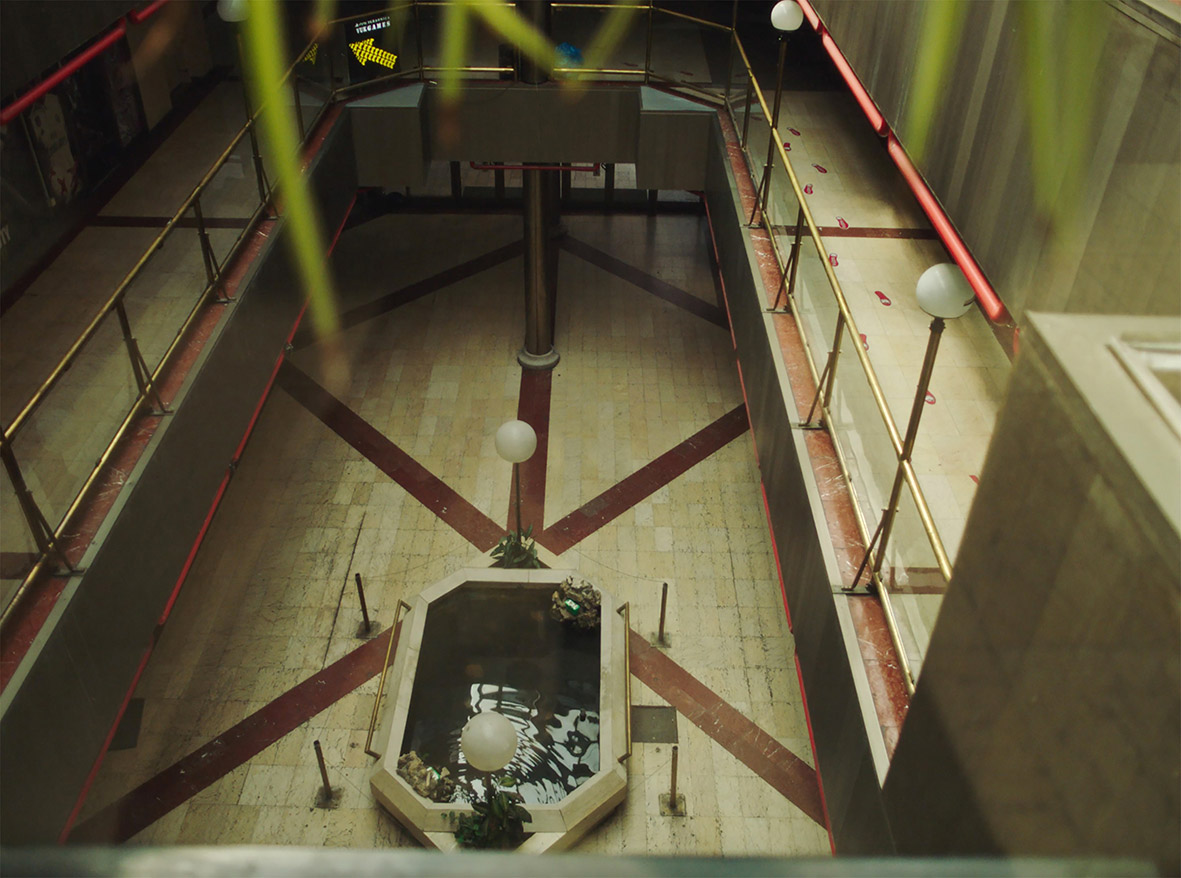 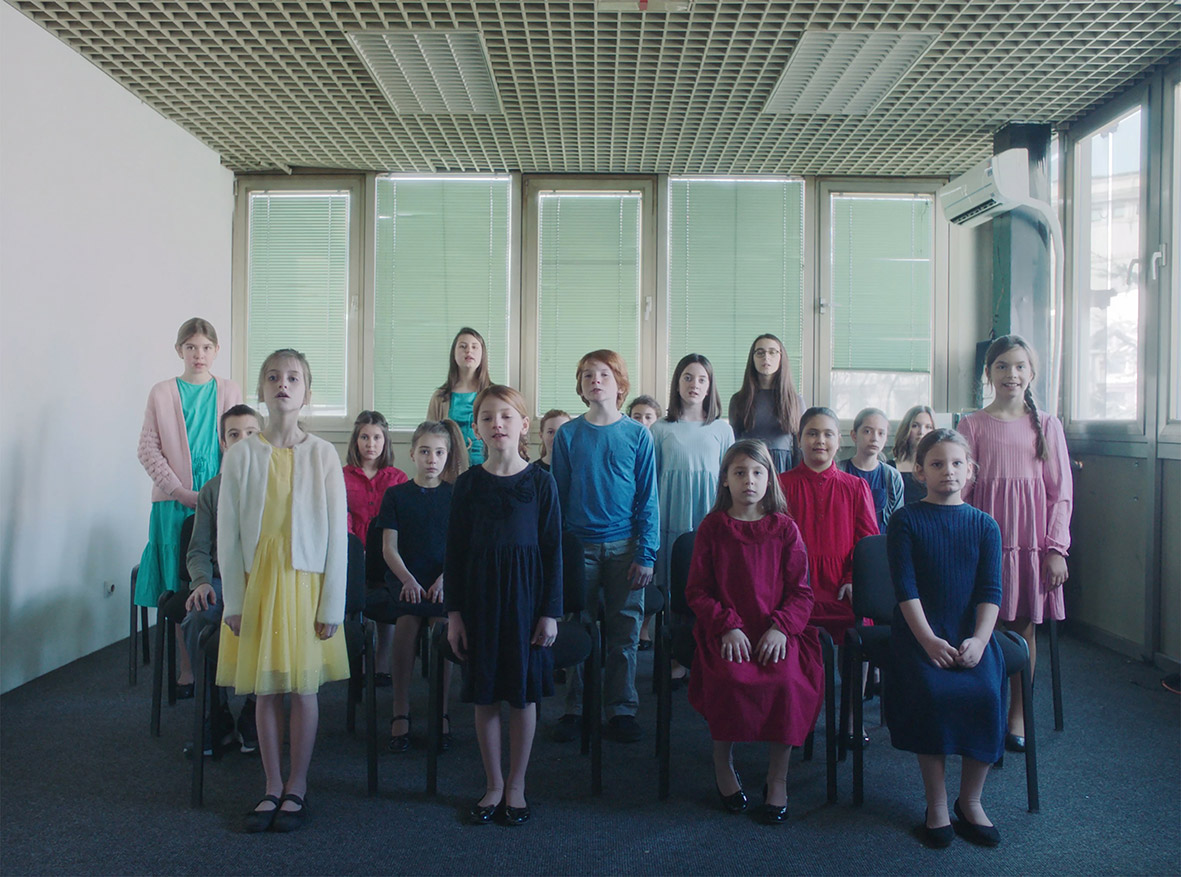 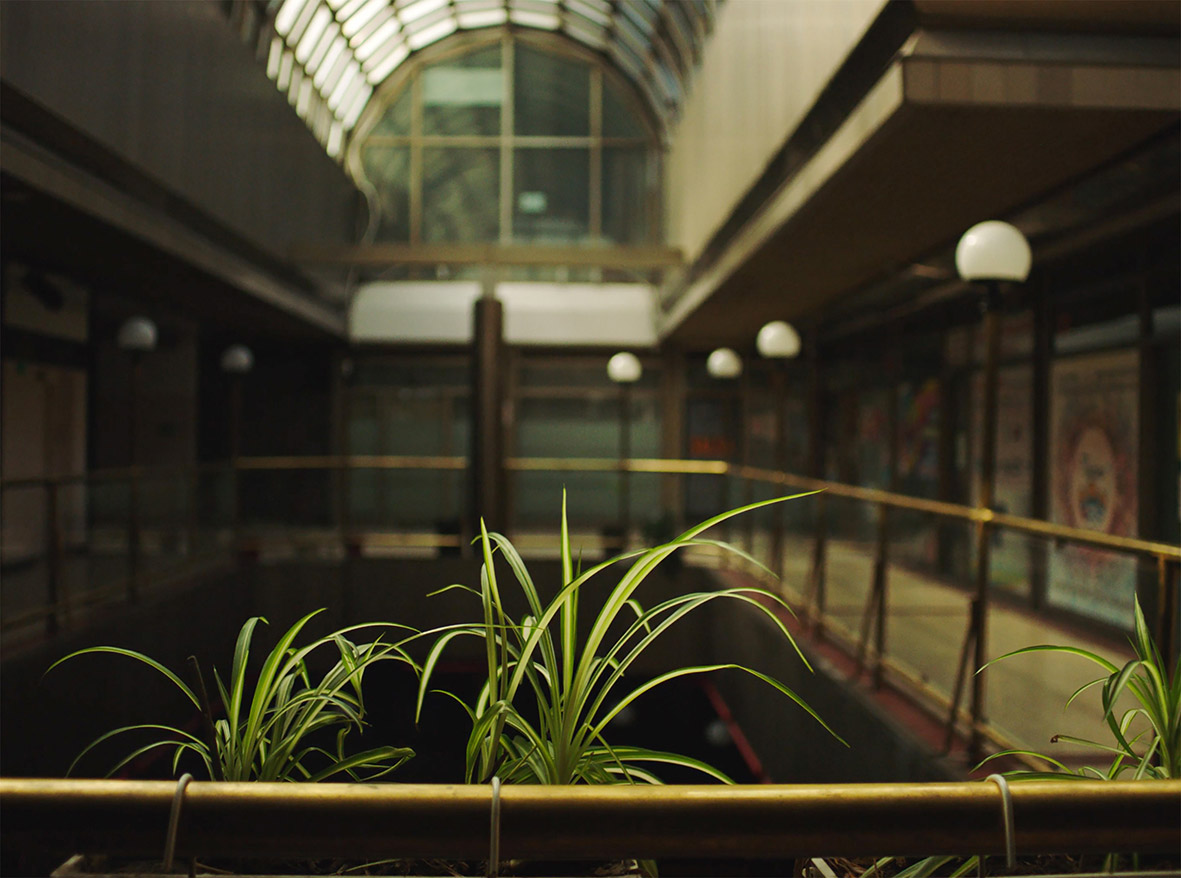 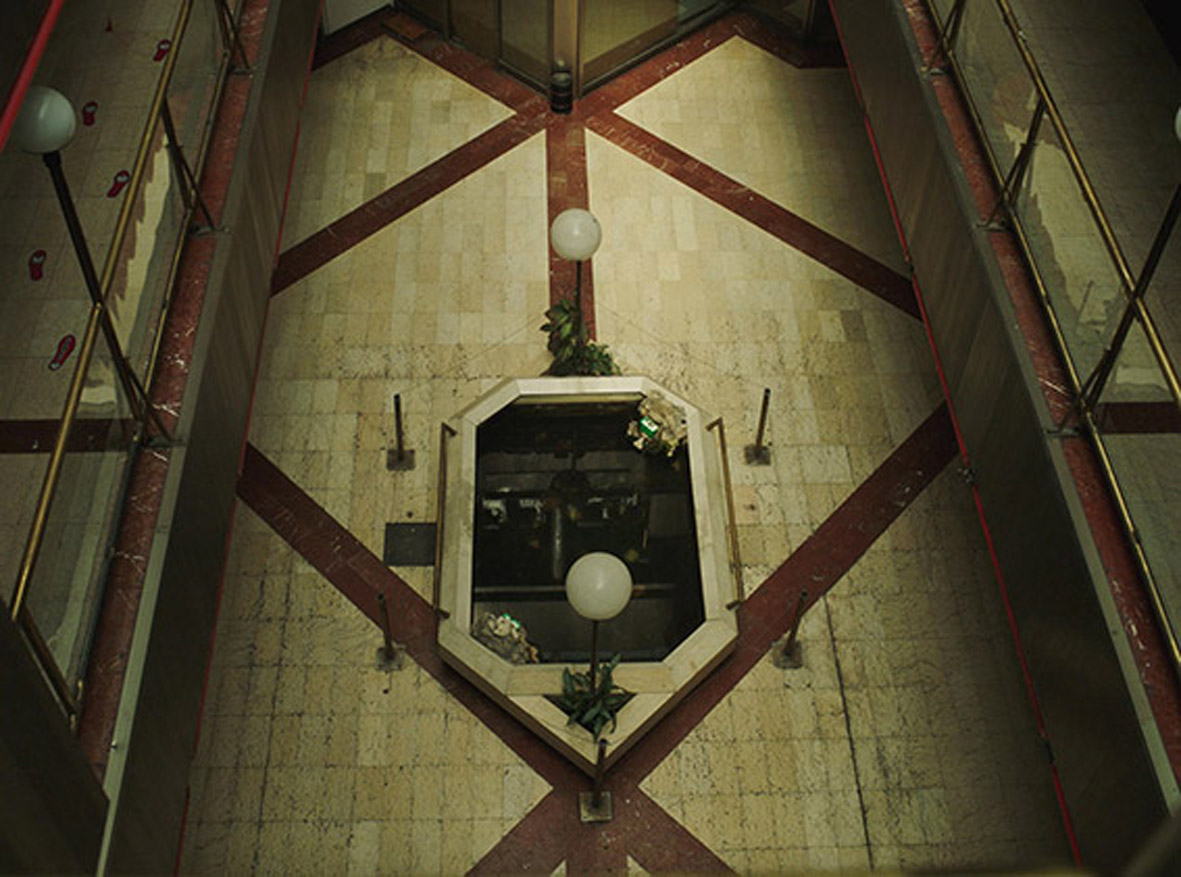 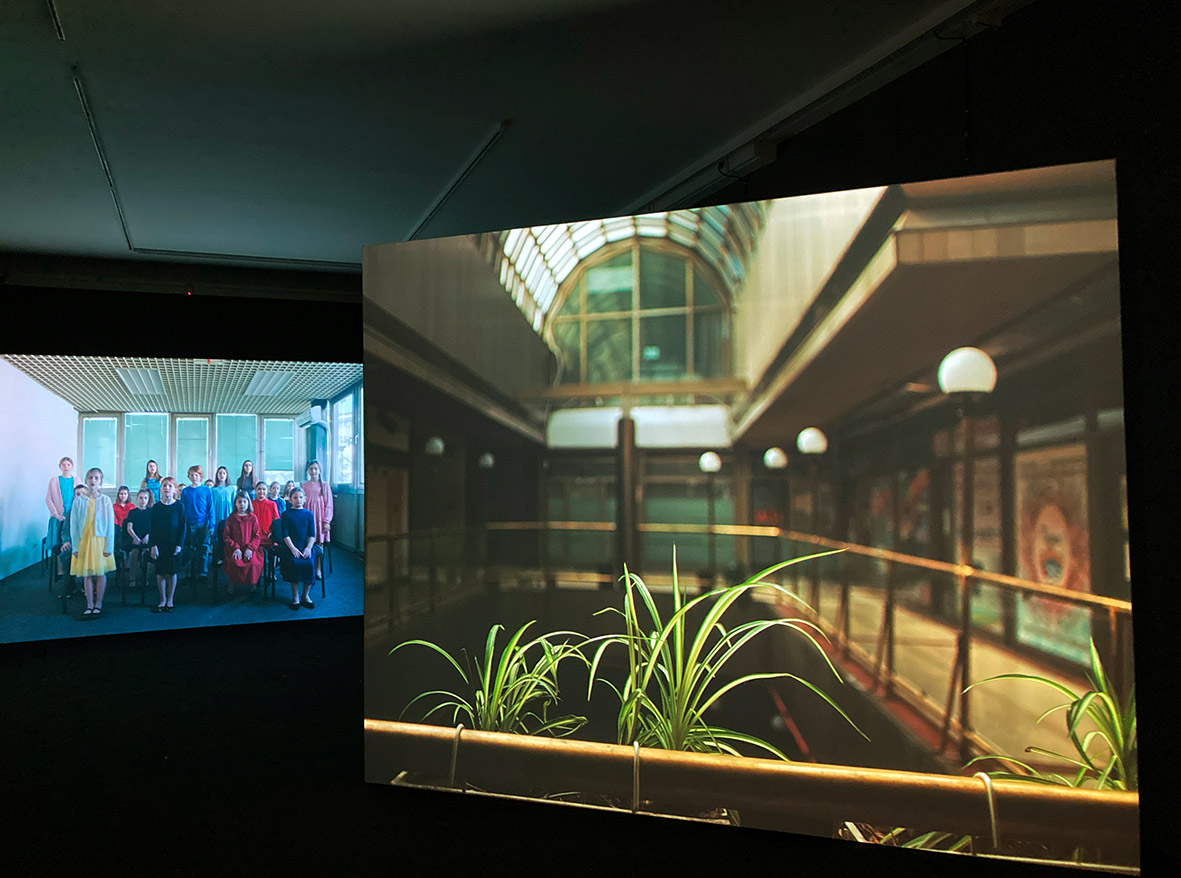 A Humble Song, installation view,
The Salon of the MoCAB, November 2022

The work is set in the half-abandoned interior of Belgrade Staklenac (Glass Mall), a shopping and business centre, built on the city’s main square in 1989. Although erected as a temporary structure, for more than three decades Staklenac housed numerous small or large companies, many of which disappeared together with the country in which the mall was built; it housed pyramid banks, symbols of the collapse of the Serbian economy in the early 1990s; and it was a long-time home to many independent media and art organizations, fast food restaurants, game rooms, betting shops, and billiard clubs. Today, it lives under the constant and long-lasting threat of being pulled down to be replaced with an opera house, a contemporary art gallery, and a green area. In the reality marked by the crisis, whose end and possible consequences are still not in sight, such a space with changing purpose, content, and uncertain future is being transformed in an unusual way into an aestheticized scenography of our everyday life.

In this work Staklenac briefly becomes a scene where a children’s choir performs parts of the cantata A Humble Song to the Birds by British composer Antony Hopkins. The cantata was written in 1945 to Rosencreutz’ 16th century religious and mystical verses that call for modesty, empathy, and humbleness before the sublime nature symbolized in the “almighty God”.

Hopkins wrote the cantata for one high adult voice. Now children, who traditionally represent the voice and symbol of the future, are invited to perform.

A Humble Song to the Birds (1945), music by Antony Hopkins, text by Rosencreutz (translated by Frieda Harries),
(Copyright: Chester Musich and Novelo & Co.)

The artist wishes to express special gratitude to the choristers of the Children’s Cultural Center of Belgrade: Konstantin Parezanović, Vasilisa Vasić, Jana Simaković, Milena Tasić, Tamara Stanojević, and Mila Atanacković who participated in the preparations of the work, to Vladan Obradović, as well as to Mr Dušan Padežanin and Staklenac Shopping Center for support and cooperation during the realization of the work.

The work was supported by the 59th October Salon, Belgrade